The Language of Child Sexual Abuse – Why It Matters 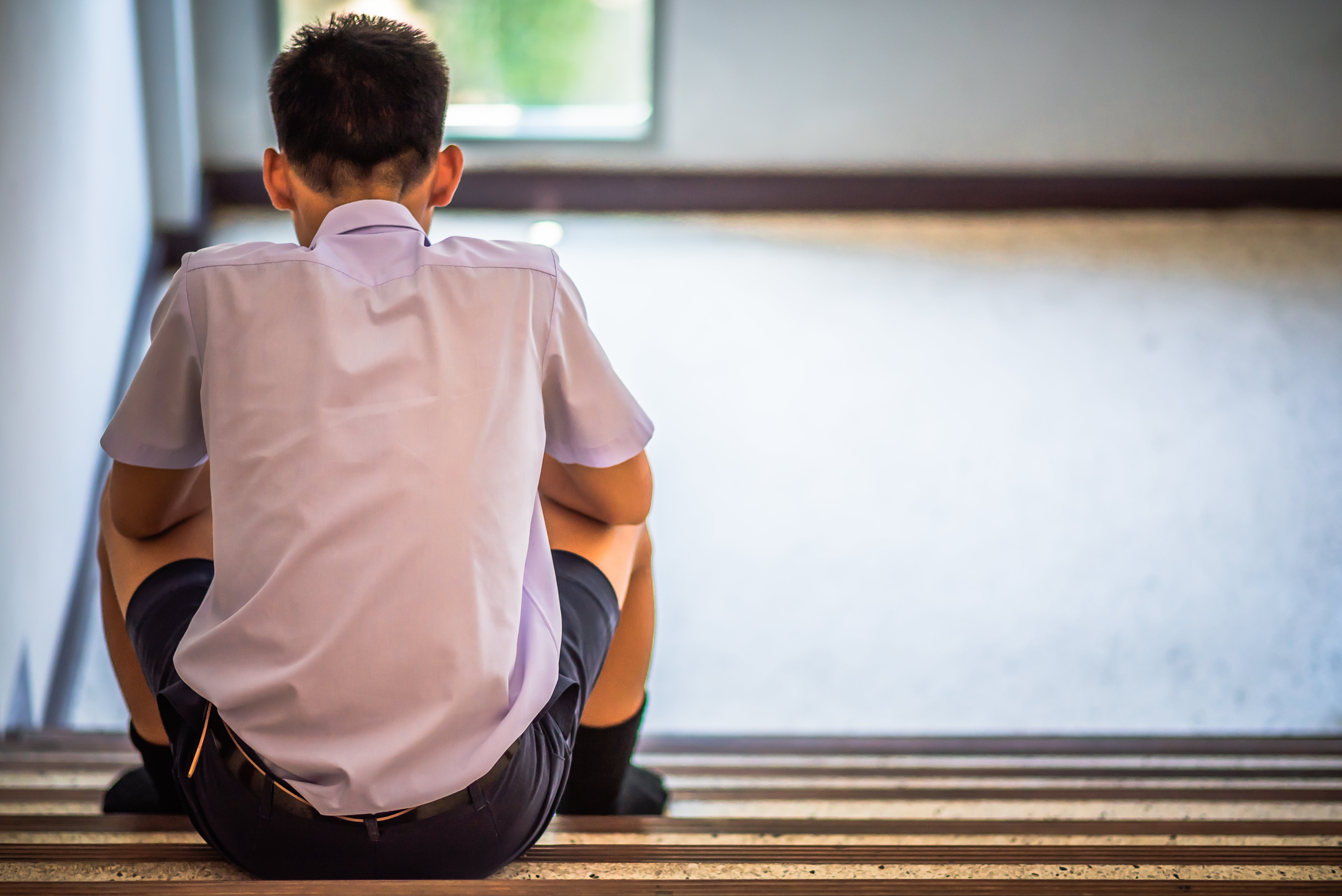 More recently, ABC News reported that Tasmania’s Commission of Inquiry into Responses to Child Sexual Abuse in Institutional Settings heard the story of Leah Sallese, who believed for decades that, as a child, she had had an “affair” with her PE teacher. It wasn’t until she was in her forties and a psychotherapist told her that what she had experienced was child sexual abuse, that she was able to question the “narrative” in her mind and understand that she was a “victim of abuse” rather than an “equal participant or instigator of an affair”. Ms Sallese notes the “offensive” language, both by the judge in her case, who described the abuse as “consensual”, and in the offence itself as it was then known: “maintaining a sexual relationship with a young person”.

While the use of the word “relationship” in persistent child sexual abuse offences is perceived by many survivors and advocates as inappropriate and offensive language to describe the experience of survivors and the nature of the abuse, its inclusion in the elements of a persistent child sexual abuse offence was originally intended to assist the prosecutor and survivor to prove child sexual abuse that occurred multiple times over time. Many children who are subjected to repeated instances of child sexual abuse are unable to distinguish individual occasions of abuse from each other when giving evidence, which led to offenders being acquitted or convicted of lesser charges because criminal law generally requires the victim/survivor to particularise the occasions of offending. This problem was considered by the Royal Commission into Institutional Responses to Child Sexual Abuse (Royal Commission).

“One of the difficulties in successfully prosecuting child sexual abuse offences arises from the need to provide details – called ‘particulars’ – of the alleged abuse with which the alleged perpetrator will be charged.

The accused is entitled to a fair trial, which includes knowing the case against him or her. However, it is often difficult for victims or survivors to give adequate or accurate details of the offending against them because:

States and territories have tried to address at least some of these concerns by introducing persistent child sexual abuse offences. Generally, these offences require proof of a minimum number (either two or three) of unlawful sexual acts over a minimum number of days.”

Another approach to this type of offence, which the Royal Commission considered in detail, is the Queensland offence of “Maintaining a sexual relationship with a child” under section 229B of the Criminal Code Act 1899 (Qld). That offence provides:

The Royal Commission stated that:

“…the Queensland offence, in making the actus reus the relationship rather than the individual occasions of abuse, provides the best opportunity to charge repeated or ongoing child sexual abuse in a manner that is more consistent with the sort of evidence a complainant is more likely to be able to give.”

This was one of the reasons that the Royal Commission recommended (Recommendation 21) that “each state and territory government should introduce legislation to amend its persistent child sexual abuse offence” so that:

The Royal Commission did express concern with the language of relationship, but explained why the language was maintained in its recommendation:

“Apart from the absence of retrospectivity, the only concern we have with the current Queensland offence is its name: ‘maintaining an unlawful sexual relationship’. The language of ‘relationship’ does not sit easily with the exploitation involved in child sexual abuse offending. However, it may help to emphasise that the actus reus of the Queensland offence – and what the jury needs to be satisfied of – is the existence of the relationship and not particular underlying acts. Tasmania, the Australian Capital Territory and the Northern Territory also use ‘relationship’ in the name of their offences. Although we are uncomfortable with the language of ‘relationship’, we are content to adopt it in the interests of achieving the most effective form of offence.”

These recommendations, intended to help a victim succeed in proving child sexual abuse, have been implemented to varying degrees across Australia.

Noting that the Royal Commission modelled its recommendations on Queensland law, and that Queensland has not made significant reform to the actus reus or to relevant language in its “Maintaining a sexual relationship with a child” offence under section 229B of the Criminal Code Act 1899 (Qld), we examine the approach of the other states and territories to this offence.

On 10 February 2022, the Family Violence Legislation Amendment Bill 2022 (ACT) was introduced into the ACT Parliament. The Bill proposes an amendment to the name of the offence in section 56 of the Crimes Act 1900 (ACT) from “sexual relationship with child or young person under special care” to “persistent sexual abuse of child or young person under special care”. The explanatory statement to the Bill clarifies that “the substance and elements of the provision remain unchanged”, and that the “amendment is intended to improve national consistency in the name of this offence as well as give weight to the victim’s experience, and as a result lead to changes in media coverage and community perceptions of the offence”. The offence requires more than one sexual act. The word “relationship” will still appear in section 56 to describe the elements of the offence as where a person “engages in a relationship with a child, or a young person under the special care of the adult, that involves more than 1 sexual act”.

The “Sexual relationship with child” offence under section 131A of the Criminal Code Act 1983 (NT), makes it an offence to maintain a “relationship of a sexual nature” with a child (under 16 years). Subsection (3) sets out that, to be convicted of this offence, it must be shown that, as an adult, the offender did an act that amounts to an offence of a sexual nature in relation to the child on three or more occasions during the period in which the “relationship” is alleged. Evidence of the doing of any such act “shall be admissible and probative of the maintenance of the relationship notwithstanding that the evidence does not disclose the dates or the exact circumstances of those occasions”.

South Australia amended section 50 of the Criminal Law Consolidation Act 1935 (SA) in 2017 to reflect the Royal Commission’s recommendations. The title of the offence and its wording was changed to an “unlawful sexual relationship with a child”, which is defined as “a relationship in which an adult engages in 2 or more unlawful sexual acts with or towards a child over any period”. The prosecution is not required to allege the particulars of any individual unlawful sexual act (although they must allege the particulars of the period of time over which the “unlawful sexual relationship” existed), nor is the trier of fact required to be satisfied of the particulars of any individual sexual act, but instead must be satisfied as to the general nature or character of the acts. A child is defined as a young person under the age of 17 years, or under 18 years if, during the period of the offence, the adult was in a position of authority in relation to the person under 18 years.

Section 125A of the Criminal Code 1924 (Tas), originally called the offence of “maintaining an unlawful relationship with a child”, has been renamed “persistent sexual abuse of a child” (under 17 years). This was in response to the Grace Tame and #LetHerSpeak media campaigns as well as submissions to the Tasmanian Department of Justice that the offence be renamed. For example, Knowmore submitted that “the way in which child sexual abuse is represented and framed through language can have significant implications for how society understands, approaches and responds to child sexual abuse”. However, within the offence provision itself, the act that constitutes the crime is still referred to as a person “maintain[ing] a sexual relationship with a young person”, which occurs when the accused has committed an unlawful sexual act in relation to the young person on three or more occasions during a particular period of time.

The Victorian offence that is now section 49J of the Crimes Act 1958 (VIC) was amended in 2006 to replace the language “maintains a sexual relationship with” a child. The amendment changed the title and wording of the offence to “persistent sexual abuse of a child” (under 16 years), which occurs when a person “sexually abuses” a child aged under 16 on three or more occasions during a particular period. “Sexual abuse” is defined to include a number of sexual offences against children, which need not themselves be proved with the same specificity as to date, time, place, circumstances or occasion that would be required if the accused were charged with them individually.

Section 321A of the Criminal Code Act Compilation Act 1913 (WA) refers to “persistent sexual conduct” with a child (under 16 years). Western Australia removed the word “relationship” from the offence in 2008, in an effort to avoid implications of consent. For the purposes of this offence, a person “persistently engages in sexual conduct with a child” if the person does a sexual act in relation to the child on three or more occasions, each of which must be on a different day over a specific period of time. The prosecution need not specify the exact dates nor particularise the circumstances of the sexual acts.

An article for The Sydney Law Review, "Reforming Australian Criminal Laws against Persistent Child Sexual Abuse", notes the inconsistency of the application of persistent child abuse offences across the various jurisdictions, including a failure by some jurisdictions to implement aspects of the Royal Commission’s recommendations, and the enactment of reforms in others that have a different legal effect despite being intended to implement the Royal Commission’s recommended model law. The article recommends a new model law for reform which removes the “relationship” terminology from persistent child sexual abuse offences.

December 2022 will mark five years since the close of the Royal Commission into Institutional Responses to Child Sexual Abuse (Royal Commission) and the release of its final report. The end of 2022 is also the timeframe by which the Commonwealth, each state and territory and certain institutions must provide their final progress report on their implementation of the Royal Commission’s recommendations.

To observe the significant impact that the Royal Commission has had on schools and the forthcoming five-year anniversary of its closure, we are writing a series of articles over the course of 2022, exploring the Royal Commission’s recommendations and their implementation throughout the country.

Karen is a Legal Content Consultant, Child Safeguarding at CompliSpace. Karen has worked at the NSW Ombudsman and the Office of the Children’s Guardian as a Senior Investigator in the Reportable Conduct Directorate, and at the Royal Commission into Institutional Responses to Child Sexual Abuse as a Senior Legal and Policy Officer where she was a key contributor to the “Redress and Civil Litigation” and “Criminal Justice” reports. Karen has a background as a commercial litigation lawyer and holds a bachelor’s degree in Arts/Law (Hons).

Elita is a Legal Content Associate at CompliSpace. She holds a bachelor’s degree in Arts and is currently completing a Bachelor of Laws.