The Destructive Impacts of Grooming: What Schools Can Learn from Australian of the Year, Grace Tame 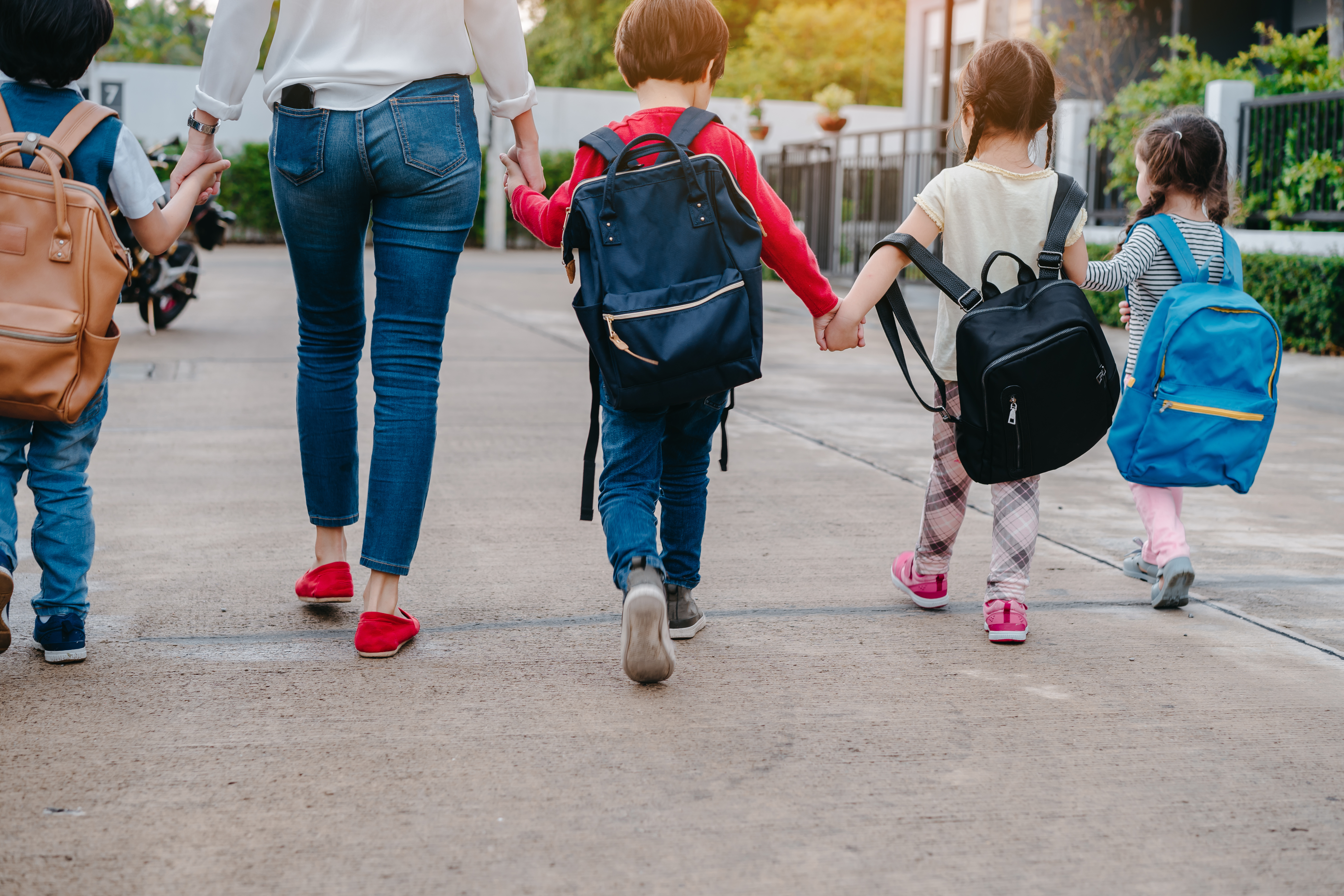 “Child sexual abuse and cultures that enable it still exist. Grooming and its lasting impacts are not widely understood.”

These were some of the words spoken by Grace Tame when she accepted her award as Australian of the Year for 2021. When Ms Tame was only 15 years old, she was groomed and sexually abused by one of her high school teachers. Ms Tame has since become an outspoken advocate for survivors of sexual assault, particularly those who were abused in institutional settings. As Australian of the Year, Ms Tame wants to use her platform to highlight the risks and damage of grooming as well as other forms of psychological control and abuse that perpetrators commit.

The renewed attention that Ms Tame’s award and advocacy has brought to the issue of grooming and child sexual abuse provides an important opportunity for schools to reflect on their own approach to child protection. Learning from the insights of survivors like Ms Tame, as well as from the prevailing research on the subject, will assist schools to create a child safe culture that more effectively prevents grooming behaviours and abuse.

The Process and Impact of Grooming

As discussed in a previous School Governance article, there is no uniformly accepted definition of “grooming” – it has become an umbrella term to describe the various techniques, behaviours and activities that perpetrators use to facilitate the exploitation and abuse of victims. According to the Final Report of the Royal Commission into Institutional Responses to Child Sexual Abuse, grooming is defined as “behaviours that manipulate and control a child, their family and other support networks, or institutions with the intent of gaining access to the child, obtaining the child’s compliance, maintaining the child’s silence, and avoiding discovery of the sexual abuse”. Grooming of children involves “actions deliberately undertaken with the aim of befriending and establishing an emotional connection with a child, to lower the child’s inhibitions in preparation for sexual activity”.

In an interview with RN Breakfast, Ms Tame highlighted that, as a society, “we’re pretty across the idea that the physical components of sexual abuse [and] of violence are bad… [but] when we start talking about grooming, people don't really understand this psychological manipulation aspect that characterises a lot of these crimes”. Although there continues to be a lack of understanding about grooming among the community, as Ms Tame points out, a considerable amount of research has been undertaken in relation to this phenomenon.

According to Wolf and Pruitt (2019), the main purpose of grooming a child is to ensure the child’s secrecy and complicity in relation to sexual abuse. Grooming strategies can range “from affirming (i.e. flattery, gift giving, bribes, attention, confiding, exclusive relationship, flirtatious online conversations) to contentious (i.e. threats, coercion, physical coercion, intimidation)”. Wolf and Pruitt found that, for many victims/survivors, grooming techniques exacerbate the trauma of the sexual assault and make the healing process more arduous.

A study undertaken by Plummer (2017) similarly found that grooming behaviours can have enduring, adverse impacts on survivors. Many survivors deal with feelings of confusion, self-blame and shame, long after the abuse ends. As Ms Tame noted in her acceptance speech, trauma does not “end when the abuse itself does”. She has also previously observed that “the physical component [of sexual violence] is only a very small component of a much larger multi-dimensional trauma that extends far beyond the individual who's targeted”.

The problem is that grooming can be difficult to identify prior to the sexual abuse becoming known. Katz and Zion (2016) highlight that grooming techniques can sometimes appear to be ‘normal’ caring behaviours, rather than sexually motivated behaviours. This makes education about grooming all the more important.

Winters and Jeglic (2017) argue that “better educating children, parents, and community members about possible predatory behaviours could be greatly beneficial”. From the perspective of schools, ensuring that both staff and students are educated on how to recognise abusive and inappropriate behaviour towards children – including grooming behaviours – is critical. We have provided some guidance on how to embed this kind of child safe culture in schools in a previous School Governance article.

Ms Tame emphasises that “predators manipulate all of us - family, friends, colleagues, strangers, in every class, culture and community.” This is why it is crucial that the community as a whole is educated about grooming. If people have a better understanding of the grooming process, it could aid in the identification of perpetrators prior to the commission of child sexual abuse.

Another important aspect of Ms Tame’s story has related to sexual assault victim gag-laws. For years, Ms Tame was known publicly only as ‘Jane Doe’ because gag-laws in Tasmania (specifically section 194K of the Evidence Act 2001 (Tas)) prevented her from speaking out about her experience under her real name. Meanwhile, her abuser was able to speak publicly about his crimes, which he described as “awesome” and “enviable”.

Ms Tame contacted journalist and sexual assault survivor advocate, Nina Funnell, for help. Ms Tame’s case became a catalyst for the #LetHerSpeak Tasmania Campaign, which was created by Ms Funnell in partnership with Marque Lawyers and End Rape On Campus Australia. The campaign advocated for reform of the gag-laws and attracted considerable attention, both within Australia and globally. As the creator and manager of the campaign, Ms Funnell produced over 100 media articles, multiple submissions to government, a petition, social media campaign, and she raised over $100,000 which helped fund the legal work for the 17 survivor-participants featured in the campaign, including Ms Tame.

The campaign applied for a court order on Ms Tame’s behalf in 2019 (Gina McWilliams from News Corp Australia did this work, and Marque Lawyers provided additional legal representation). Ms Tame was granted leave to tell her story in 2019. Other survivors also obtained court orders exempting them from the gag law. This was followed in 2020 by the reform of Tasmania’s Evidence Act so that sexual assault survivors in Tasmania are now able to use their real names in the media, provided that they are over 18, consent to be named in writing, do not identify other survivors and all proceedings are finalised.

The work of the #LetHerSpeak/#LetUsSpeak campaign is incredibly important for survivors of sexual abuse. Ms Tame observed that survivors having the right to speak publicly, if they so choose, enables them “to own their own story, their own narrative and to take back control of who they are”.

In 2021, the #LetHerSpeak/#LetUsSpeak campaign will continue to fight gag laws in the Northern Territory and to work to prevent the introduction of gag laws which would erase the legacies of deceased rape victims in Victoria, as well as to develop materials and resources to support survivors to tell their stories.

More information about the #LetHerSpeak campaign can be found at www.letherspeak.com.au and support can be offered through https://au.gofundme.com/f/stop-silencing-survivors.

As Ms Tame points out, “discussion of child sexual abuse is uncomfortable, but nothing is more uncomfortable than the abuse itself”. It is crucial that the Australian community takes this opportunity to engage in educated discussions about grooming, its indicators and its impacts. Such discussions will enable the community to better identify grooming behaviours and therefore will play a key role in the prevention of child sexual abuse.

Education about grooming is especially important in schools, as it will contribute to the creation of a child safe culture that more effectively protects students from child sexual abuse.