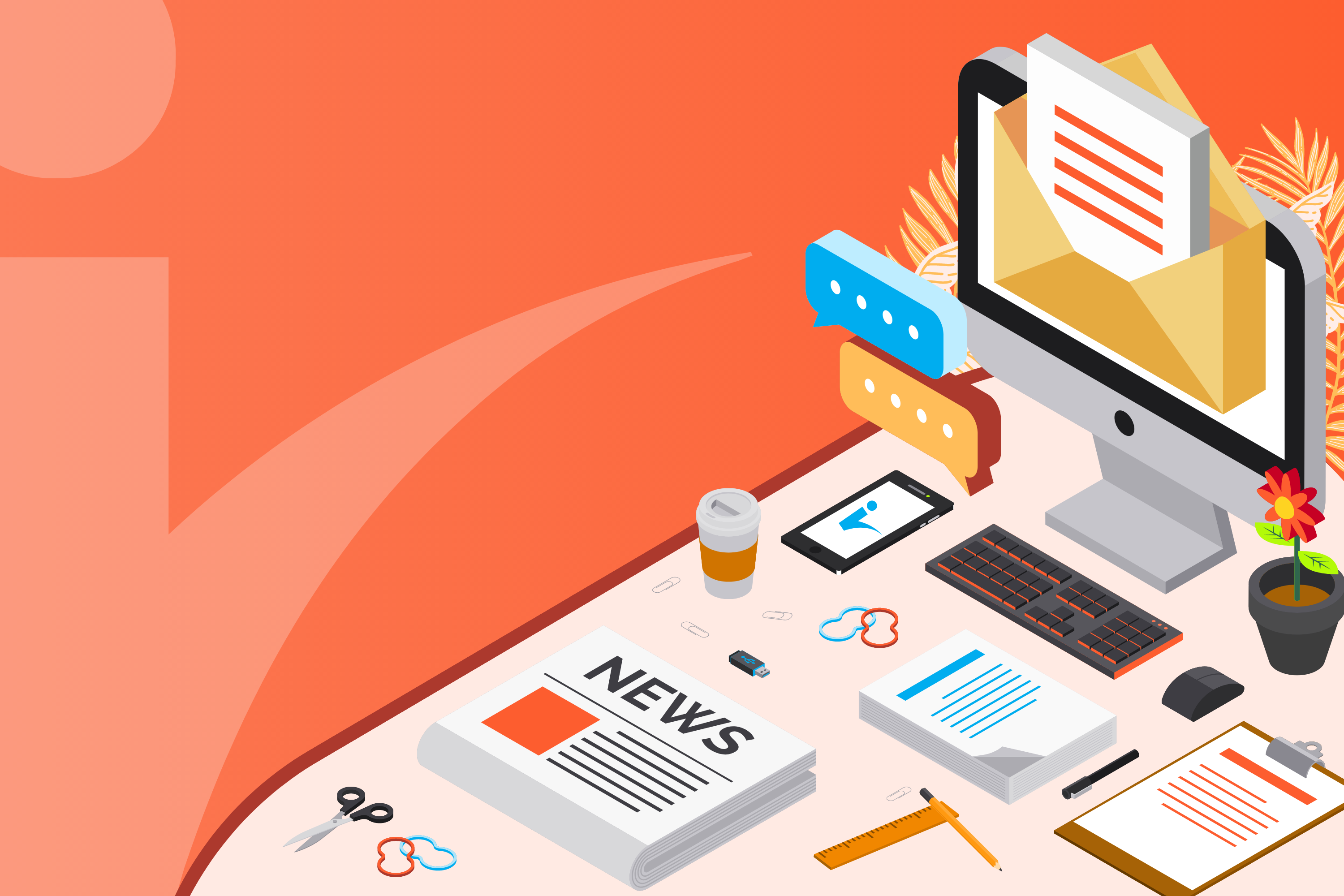 The information in the Weekly Wrap is aggregated from other news sources to provide you with news that is relevant to the education sector across Australia and worldwide. Each paragraph is a summary of the subject matter covered in the particular news article. The information does not necessarily reflect the views of CompliSpace.

Review of the National School Reform Agreement: call for submissions

According to the Analysis & Policy Observatory, the National School Reform Agreement (NSRA) — a joint agreement between the Commonwealth, States and Territories — sets out the focus for collaborative reform efforts. The NSRA’s overarching objective is for Australian schooling to provide a high-quality and equitable education for all students and it sets out long-term national outcomes, along with targets and sub-outcomes to track progress. The Productivity Commission has commenced a review of the National School Reform Agreement. The review will examine how well national policy initiatives by the Australian, and State and Territory Governments, have achieved the objectives and outcomes set out in the Agreement. This call for submissions paper outlines a range of issues on which the Commission seeks information and feedback. Submissions close 17 June 2022.

The Guardian reports that school principals in New South Wales say they need urgent help to manage increasingly poor behaviour by parents on social media, with online pile-ons and slanging matches creating unnecessary stress and increased workloads. Almost 90 per cent of NSW school leaders told the 2021 NSW Secondary Principals’ Council (SPC) survey that “social media hate campaigns” from parents were affecting their wellbeing and occupying their time. SPC president, Craig Petersen, said parents had forgotten how to deal with problems face to face or over the phone and it was creating an unsustainable position for principals who were being left bogged down and demoralised. “You can easily end up with a relatively minor matter that could have been easily resolved, taking not just hours, but in some cases days.” While a similar number of principals reported issues with parental behaviour online in the 2019 survey, the council says anecdotally the problem has worsened during the pandemic. The survey, the first since 2019, also found almost a quarter of principals planned to retire within three years.

The Sydney Morning Herald reports that the NSW government will try to revive a struggling program to identify the state’s best classroom teachers and has set an ambitious target of increasing the number of them tenfold within the next three years. The system promoting teachers to the status of “highly accomplished” or “lead” (HALTs), so they work as mentors to other teachers, has existed for 10 years but despite initial plans to have more than 1000 of them in 2022, there are just 274 across three sectors in NSW, and just over 1000 nationally. Many teachers find the application process too complicated and expensive. To earn higher salaries, most leave the classroom and become principals or work in head office. High-performing systems in countries such as Singapore have many master teachers, or “teachers of teachers”, to improve learning across schools. Education Minister Sarah Mitchell wants 2500 HALT teachers by 2025. She said the application process would be streamlined to reduce red tape and teachers would be given clearer guidelines on how to provide evidence of their quality teaching, as well as feedback on their application.

According to an article in The Educator, the 9am-3pm model will be temporarily put aside at eight NSW schools under a new trial by the State Government designed to make the school day more efficient and help families balance the competing demands of work and family life. The pilot, which will run for 20 weeks during Terms 3 and 4, has been informed by local and international research into similar initiatives that have shown promising success. NSW Premier Dominic Perrottet said the participating school will partner with their local business and sporting clubs to offer activities for students outside normal school operating hours. The eight schools participating in the research pilot are Cawdor Public School, Hanwood Public School, Hastings Secondary College, Kentlyn Public School, Matraville Soldier's Settlement Public School, Orange High School, Spring Hill Public School and Tacking Point Public School. The state’s teachers and principals have voiced misgivings about the changing of school hours, questioning whether it is necessary and warning that it will only add to teachers’ stress.

According to an article in The Herald Sun, an investigation is underway into how an unknown hacker streamed a pornographic video to an all-school assembly at a high school in Melbourne’s southeast. The unknown person began streaming what is believed to be a sexually explicit clip in the middle of an online student assembly held by Alkira Secondary College on Monday. But the words “we are two steps ahead … you won’t catch us” followed the video on the screens of everyone who dialled into the assembly. In a letter to parents, acting principal Nalini Naidu said the school would offer parents and students support after the “extremely regrettable” incident. “During assembly an unknown person interrupted the session and briefly screened a highly inappropriate video,” she said. “We immediately ended the assembly. “The Department of Education is working with us to determine how this occurred and to establish the identity of the intruder.”

The Brisbane Times reports that extra works on two of Brisbane’s newest public high schools were green-lit by external project managers before being signed off by officials, or at all, resulting in delays and budget blowouts. The Brisbane South State Secondary College at Dutton Park and Fortitude Valley State Secondary College were among six projects from the Education and the Public Works departments examined in a new Queensland Audit Office report. After past contract management issues led to “delays and unexpected costs”, Auditor-General Brendan Worrall’s report was framed as a warning to a state government staring down a $52 billion infrastructure project pipeline over the next four years. Across the reviewed projects, worth a combined $1.4 billion and at various stages of completion, the audit office found more than $127 million in contract variations — most to cover additional costs and many avoidable through “better planning before awarding the contract”. Both departments expect to have updated processes by the end of 2022.

According to an article in The West Australian, unvaccinated school staff stood down for their refusal to comply with the State Government’s COVID-19 vaccine mandate are back working in classrooms after reporting positive infections. The Education Department confirmed 13 of around 148 staff members stood down at the start of the year over their failure to get the jab have returned to schools after being granted medical exemptions. The “no jab, no job” policy imposed late last year affected a vast number of workers on a long list of occupations, including teachers and education assistants. But a loophole means that anyone who has since provided evidence of a positive COVID test could qualify for a medical exemption from the vaccination requirement lasting for up to four months. Allowable evidence includes a text message or email from Health WA confirming registration of a positive rapid antigen test, with no other kind of proof required. A school principal who spoke on condition of anonymity said the return of non-vaccinated staff made a mockery of the Government’s mandate and caused friction among teachers who felt they had been forced to get the jab.

The Canberra Times reports that a number of ACT public schools have moved some students to remote learning as staffing shortages make face-to-face teaching not viable. Schools in the public and Catholic systems will also be scheduling two, non-consecutive pupil free days this term to compensate teachers for the classroom release time they missed out on while filling in for absent staff. An Education Directorate spokesman said schools were consulting with their own P&Cs before deciding on dates for staff planning days. Meanwhile, Year 7 and 8 at Calwell High School are continuing with remote learning after the school was issued a prohibition notice from WorkSafe ACT last term. "The Education Directorate is awaiting advice from WorkSafe ACT regarding when the prohibition notice will be lifted which will enable Year 7 and 8 students to return to face to face learning," an ACT government spokesperson said. In the week ending on Sunday, May 8, 281 cases of COVID-19 were reported to 60 ACT public schools.

ABC News reports that four courageous victim-survivors of child sexual abuse gave powerful accounts to the Tasmanian child sexual abuse commission of inquiry in Hobart. Kerri Collins, Katrina Munting, Sam Leishman and Rachel* were all school students at public schools when they were sexually abused by teachers. Their stories highlighted the many systemic problems that covered up or allowed the abuse to happen, or allowed teachers to continue teaching when they should not have been anywhere near children. Education Department secretary Tim Bullard, who gave evidence several times over three days, acknowledged failings in the Department's handling of complaints: not investigating some allegations, advocating for a teacher accused of child sexual abuse to be re-registered, not supporting victim-survivors — including those who gave evidence to the commission — and not putting victim-survivors at the centre of responses.

*Name has been changed.

According to an article in Reuters, a U.S. government investigation into the dark history of Native American boarding schools has found "marked or unmarked burial sites" at 53 of them, Interior Secretary Deb Haaland said on Wednesday. Haaland, the first Native American cabinet member, announced the investigation last year. Until Wednesday, the U.S. government had yet to provide any true accounting of the legacy of the schools, which used education to change culture so tribal land could be taken. Families were forced to send their children to the schools. The report noted that "rampant physical, sexual, and emotional abuse" took place at the schools and is well documented, and that so far the investigation had found over 500 children who died while in school custody. Haaland said Congress had provided $7 million to keep the research going this year, which she said was fundamental to helping Native Americans heal. Experts said the first report on the investigation had barely scratched the surface of what needs to be examined.

According to an article in Global News, Ottawa police are being criticised for their response to a student protest outside a Catholic high school over a dress code “blitz,” particularly in contrast to how they responded to the “Freedom Convoy” blockade earlier this year. Students held a large protest outside Béatrice-Desloges Catholic High School in Orléans during lunch break Friday, a day after students say teachers called several female students out of class for alleged violations of the school dress code. Protesters said Thursday’s “blitz” explicitly targeted females, who were taken to the principal’s office to have their shorts and skirts measured by — and in front of — male and female staff members. “They were getting us to bend over and touch our toes to prove our underwear wasn’t showing, and were touching the inside of our thighs to measure us — which is sexual assault, because we did not consent,” said Cloé Dumoulin, a student at the school. Dumoulin and another student, Cheyenne Lehouillier, said up to 60 students were told to change clothes or to go home and come back with a different outfit. None of the students targeted were male, they said, who were also wearing shorts and sleeveless shirts due to the 30-degree weather.