Overseas Excursions And A Student’s Death: Do You Want To Be The Person Who Calls A Child’s Parents With This News? 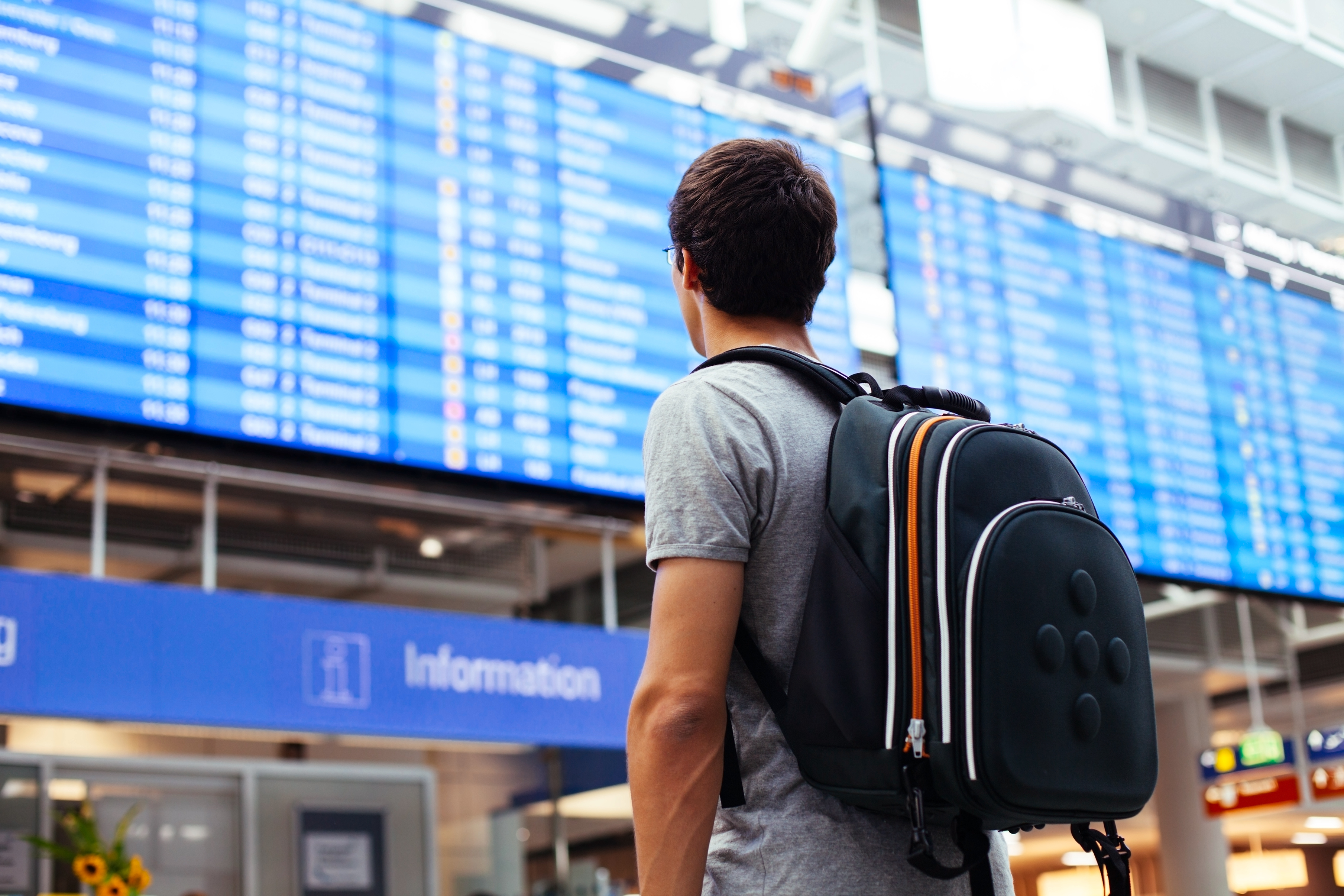 According to the Comments and Recommendations in the recent Coroner’s Finding Into Death Without Inquest (Coroner’s Report), Timothy Fehring’s death in Austria while on an international tour of Europe with his school in July 2019, may have been avoided. Timothy was 15 years old. The Coroner’s Report states:

“Timothy’s death was reported to the Coroner as it fell within the definition of a reportable death in the Coroners Act 2008 (Vic). Reportable deaths include deaths that are unexpected, unnatural, or violent or result from accident or injury. The death of a person in care is a mandatory report to the Coroner, even if the death appears to have been from natural causes.”

As Timothy’s death was determined to be by natural causes, no formal Coronial Inquest was required.

The Coroner’s Report notes that the purpose of the school tour was to develop students’ leadership, independence, cooperative social interaction and problem-solving skills. As is the case for many schools who offer languages other than English, the main goal of this tour was for students to become immersed in language and participate in cultural insights through guided tours, visits to museums and significant buildings, and several hands-on activities.

There were two staff in attendance, the assistant principal and the business manager. The Coroner’s Report notes that the assistant principal was a qualified teacher and had been at the school since 2011. In the eight years prior to this tour, the business manager had organised several overseas cultural tours and was one of the staff on seven previous tours. It notes that both staff had current qualifications in First Aid including CPR and that they had travelled together on an overseas school trip in 2017.

The school’s planning for the tour commenced about 18 months prior to departure and included risk management documents, parental consent forms, School Council and Regional approval and registration on the Department of Foreign Affairs and Trade’s (DFAT) SmartTraveller website.

Prior to the commencement of the trip, an information evening was held for parents and students in accordance with Victorian Department of Education and Training policy, and presentations were made covering all topics related to the travel arrangements and activities. This also included contingency plans should one of the students or staff become unwell during the trip.

In addition, the school engaged an external, third-party provider for the tour who provided the educational student travel program. The external, third-party provider also provided staff who were in attendance on the tour and when they were present, they would have improved the overall supervisor to student ratio. However, when not present, it left two staff with 17 students - 2:17. When the assistant principal was with Timothy at the hospital, was the business manager left with all of the remaining students, thereby making the staff to student ratio for the remaining students 1:16?

The Event and the Coroner’s Outcomes

Timothy began to feel unwell shortly after the group’s flight landed in Berlin and this continued for some time. Over the next few days, the staff followed protocols, contacted parents, and discussed the situation and had Timothy assessed by a doctor. Timothy also remained in contact with his mother by text and telephone calls. The staff believed that Timothy, in the early stages of the tour, was “suffering the effects of jetlag, different food, the heat, and change of climate” and generally feeling homesick. His parents also thought that homesickness may have been part of the cause of his illness at this time.

In this article, there is no intention to go into the full details leading up to Timothy’s death. This has been very clearly outlined in many media reports.

Timothy was pronounced dead in hospital on 29 June 2019. The assistant principal called Timothy’s mother to tell her the news, but she was mid-flight and was informed by close friends on landing. She then she informed Timothy’s father.

The Coroner’s Report found that “with the benefit of hindsight”, the staff made the wrong call that Tim’s complaints were not sufficiently serious to justify him being excused from the afternoon walking tour on the day before his death. However, they had been compliant with all medical advice that had been received up till then and were not in a position to prevent Tim’s death.

The Coroner’s Report also identified that the assistant principal and the business manager had been in consultation with the parents and were acting in accordance with the parents’ wishes about their son returning home. There was also a comment made regarding the doctor who was present in the final stages of Timothy’s life. The final recommendations of the Coroner were that:

Public Comments After the Release of the Coroner’s Report

An article in The Australian reporting on the case noted that the principal of the school had emailed all parents not long after the release of the Coroner’s Report, advising that the ratio of two staff for the 17 students on the tour was in line with 2019 requirements (1-10), but since that time, all ratios had been reviewed and the number of accompanying teachers, increased.

The principal added that the Victorian Department of Education and Training was “satisfied” that teachers on the trip had acted appropriately and she also extended her condolences to Tim’s family. She also noted, “It is important to recognise that this tragedy continues to have a profound impact on all of our school community – students, staff, and parents.”

At the time of Timothy’s death, 7NEWS.com.au reported that the student-to-staff ratio was one staff member per 10 students. It has now been updated to require a minimum of two staff for 1-10 students, three staff for 11-20 students and four staff for 21-30 students.

David Gregory of Xcursion posted this comment on Linked-In following the release of the Coroner’s Report:

“Another tragic case from 2019 before the Victorian coroner of an Australian student who died on a school trip to Europe. Adding one staff member to the ratios doesn’t go far enough in my opinion to address the fact that 90% of schoolteachers taking students on these trips have no specific safety training at all, which adds a significant level of risk. Added to this many teachers level of first aid training and experience might be suitable for when they’re at school, but nowhere near the level required when responsible for a group of students in a foreign country. Our thoughts are with the family as any inquest like this drags up terrible memories for the massive loss they suffered and continue to suffer.”

What Can Be Learned from this Tragedy?

Basically (or, put another way, “officially”), this school did what they were expected to do in 2019 in the preparation for an overseas tour. The student to staff ratio met the 2019 requirements.

In my previous roles as a principal and teacher over many years, I have taken groups of school students on several national and international tours and approved several international tours, all prior to 2019. I can advise that staff to student ratios were always developed on the basis of considering the risks rather than determined by set or recommended ratios although these may have been used as a general guide. This was to seek to ensure that there was always ‘back up’ and that we maintained the required duty of care for the particular cohort of students and a sufficient staff to student ratio even if, for example, one school staff member became unavailable. Only having two staff members on an international tour, even with fewer than 20 students, regardless of recommended ratios, could result in staff to student ratios that put the students, and the remaining staff, at high risk in the event of some form of misadventure.

So, for any tour of fewer than 20 students in which I was involved, there were always at least three staff members, and all were trained teachers. In addition, each of them knew some, if not all, of the students very well and they had very good relationships with them. This was crucial to ensure that the students were able to engage with the supervising staff and express concerns if they had any.

The use of external supervisors such as tour guides, bus drivers and even instructional tutors were not included in this minimum ratio requirement. In addition, at least one staff member in attendance was fully trained in Senior First Aid and the others had First Aid and CPR certification. There was also the use of a satellite phone for tours that extended to areas without phone coverage among other very effective and tried controls.

Finally, and in response to David’s quote above, teachers are usually excellent risk managers. They do this every day and in a variety of circumstances in their classrooms, on playground duty and on many excursions.

However, do they have sufficient risk expertise for an overseas tour? Possibly not.

Have they been trained to look out for hazards and risks on an international tour in a different country? Probably not.

Another issue is that usual practice in schools is often for staff to ‘learn on the job’. In other words, they accompany other staff who have taken these types of tours in the past and learn what to do while doing it. This can amount to very risky behaviour, especially when overseas and the mentor staff member is unable to maintain their duty of care over the students.

Sadly, there have been other student deaths on international tours as described in this article from the Daily Mail, UK. There are similarities to what happened to Timothy.

This is a timely reminder that schools must place greater emphasis on thorough risk assessments, effective control mechanisms, the training of staff and staff/student ratios and above all, knowing the children who will be in your care, so far away from home. 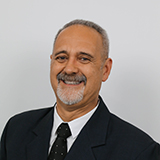 With 39 years of educational experience, Craig D’cruz is the Principal Consultant and Sector Lead, Education at CompliSpace. Craig provides direction on education matters including new products, program/module content and training. Previously Craig held the roles of Industrial Officer at the Association of Independent Schools of WA, he was the Principal of a K-12 non-government school, Deputy Principal of a systemic non-government school and he has had boarding, teaching and leadership experience in both the independent and Catholic school sectors. Craig has also spent ten years on the board of a large non-government school and is a regular presenter on behalf of CompliSpace and other educational bodies on issues relating to school governance, school culture and leadership.