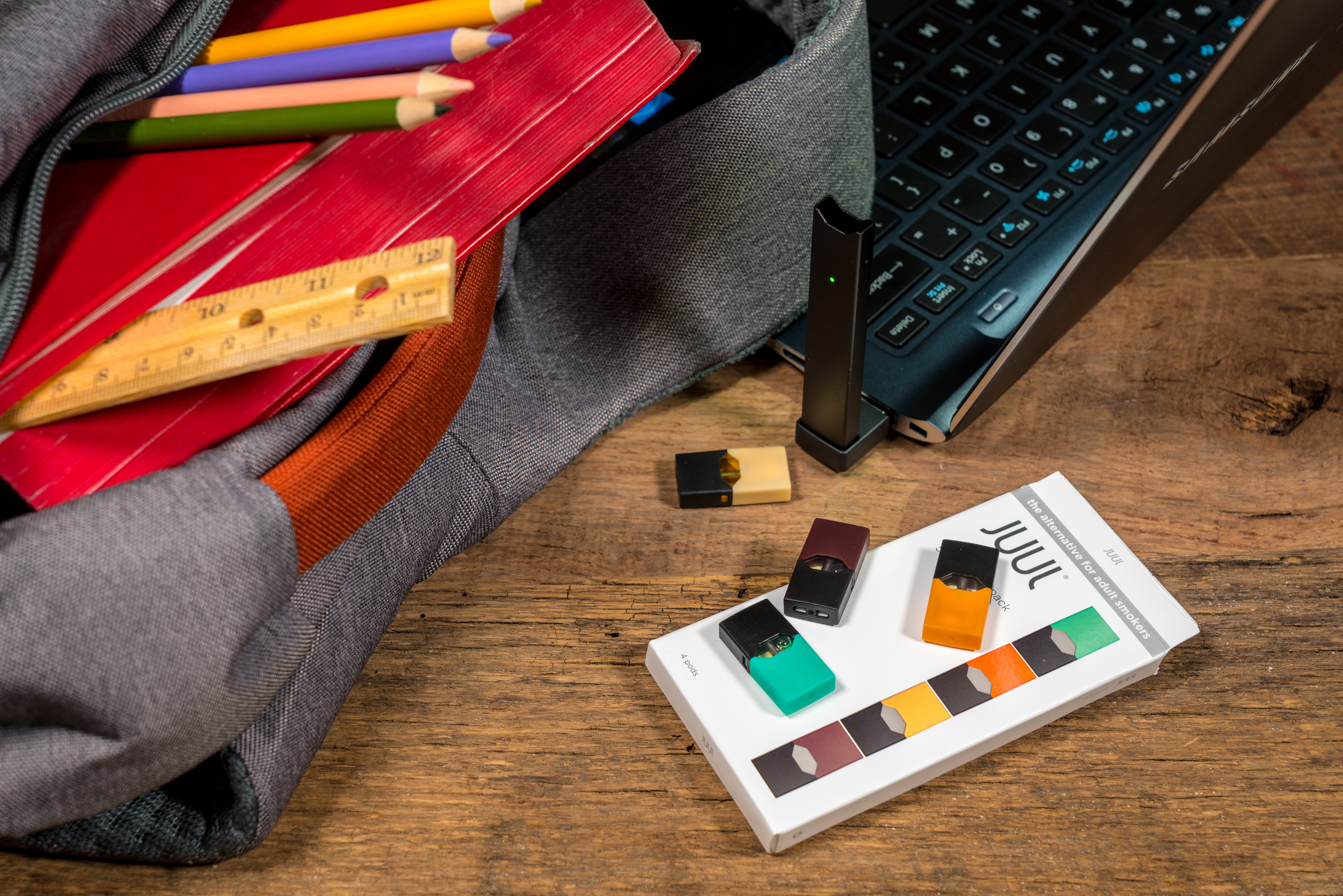 Most schools have policies or rules that strictly forbid student (and staff) smoking at school, at school events and whenever students are in uniform. Schools also ban students from carrying and using smoking products such as cigarette lighters and matches, cigarette rolling papers and other smoking devices. However, have schools contemplated including the use of e-cigarettes, or similar non-tobacco smoking products, by either students or staff in their rules and policies?

What is an E-cigarette?

E-cigarettes are battery powered devices that deliver an aerosol by heating up a liquid that is then inhaled by the users. This aerosol is commonly referred to as the ‘vapour’ and the inhaling process is now commonly known as ‘vaping’.

According to The Sydney Morning Herald, however, sometimes students do not refer to it as vaping. For example, teenage girls were reported as more likely to say they were "Juuling". Juul products look like coloured USB thumb drives, and all contain a large dose of nicotine.

Many e-cigarette devices have been designed to look like cigarettes or cigars, however, as some state or territory laws ban the sale of cigar or cigarette ‘look alike’ products, many newer e-cigarette versions look like memory sticks or pens. Students have quickly realised that vaping does not cause them to ‘smell like cigarette smoke’. The vapours that they exhale are quickly dissipated into the air. However, they have been known to trigger smoke alarms and other sensors and some schools have installed these in their toilet facilities. It is also not necessary to carry cigarette lighters or matches or other paraphernalia in order to vape. Also, to the untrained eye, as e-cigarettes will look just like a memory stick or even a pen, students are less cautious about keeping the devices hidden from the eyes of staff.

Many e-cigarettes contain nicotine, which is highly addictive and can harm adolescent brain development. E-cigarettes are also likely to contain other chemicals such as formaldehyde, acetaldehyde and acrolein, which are known to cause cancer and can be harmful to both users and bystanders. Research also shows a strong association between the use of e-cigarettes by non-smoking youth and future smoking.

Is Vaping Really a Problem at and for Schools?

A quick Google search under “vaping issues in schools” brings up a huge number of media articles and reports regarding this current new trend. Just recently, The Sydney Morning Herald put out this stark warning:

“Principals across Sydney have written to parents warning them of a significant increase in vaping among teenagers, with teachers catching students as young as year 7 using vapes at school or even becoming dealers.”

As early as 2019, School News Australia wrote an article titled “is vaping a problem at your school.?” They reported that:

Several education departments around the country have been updating their smoking policies for government schools to include a ban on vaping. As an example, the Victorian Department of Education has stated in their policy:

All of the above is certainly a sensible set of parameters.

Some schools have also been named within the media in relation to trying to reduce the risks of student vaping by locking toilet doors between recess and lunch times with students required to ask for a key to gain access to the toilet. The author has also received advice that this vaping issue was discussed at length at a recent ABSA Heads of Boarding meeting because this epidemic is now quickly becoming an issue in boarding facilities too.

One matter that seems to have been overlooked by the media is the extent of buying and supplying or selling of e-cigarettes at schools. Some students are, alarmingly, very quick to realise that they can make money by purchasing and on-selling these products to their peers. Has your school contemplated sanctions for this type of behaviour?

What is a School’s Duty of Care in relation to Vaping?

It is a clearly established legal principle that schools owe a duty of care to students.

It is not necessarily known what chemicals etc are in each individual brand or type of e-cigarette so it makes it a more complicated area than with ‘normal’ cigarettes which are all known to contain nicotine and in relation to which there is a forseeable risk of harm. However, the large amounts of chemicals with known harmful effects including nicotine in many of the brands of e-cigarettes sold are sufficient to justify schools taking control measures in exercising a duty of care towards students.

What Steps Should Schools Be Taking?

Schools should be ensuring that staff are informed about how to identify e-cigarette devices and the different forms of vaping paraphernalia and what to look out for. Schools also need to ensure that there is adequate supervision of students including in ‘hotspots’ such as toilets or hidden areas within the school.

Staff should be trained and on how to deal with students who have these devices in their possession and/or are caught in the act of smoking or vaping. It is recommended that schools amend their student and staff smoking policies to include references to e-cigarettes and vaping. They may also need to update their behaviour management or discipline policies to include sanctions for students who are caught with contraband smoking implements or vaping and sanctions for those who sell or supply these products to other students.

Schools may also want to consider the effect on their reputation if a school becomes known as a school that is lax when it comes to supervision in relation to vaping or, arguably worse, as a school where e-cigarettes can be easily purchased from other students.

Above all, it is recommended that students receive age-appropriate health education to enable and support them to make informed choices, and to minimise the harm associated with e-cigarettes particularly as one of the reasons teenagers gravitate towards vaping is that they believe it is a safe alternative to smoking tobacco. Schools should also seek to educate students about the influence of ‘peer pressure’ and making ‘good decisions’ in relation to this area.

Schools should also open up a conversation with parents about e-cigarette devices. They should explain what they look like, how students are able to purchase them online and why parents should be wary of health concerns.

And finally, schools should offer referrals to counselling and support groups can be provided to students with vaping-related problems.

CompliSpace is currently in the process of updating our policy on managing smoking (cigarettes and e-cigarettes) among students. We are seeking comments and feedback from schools by way of responding to the following two questions:

If you would like to respond to either of these queries, or perhaps raise a query of your own, please follow this link to lodge your responses. We value all contributions and will consider them as we finalise our new policy.