Following the recommendations of the Royal Commission into Institutional Responses to Child Sexual Abuse (Royal Commission), some jurisdictions in Australia have introduced new ‘duty to protect’ laws that affect civil liability for schools. In this article we explain what the changes are, where they’ve happened, where they’re about to happen, and what this means for schools.

Changes Proposed by the Royal Commission

In September 2015 the Royal Commission released its Redress and Civil Litigation Report. The Report made several recommendations about the civil liability of institutions, including schools, for child sexual abuse that occurs at the institution or by a person associated with the institution.

In plain English, the Royal Commission’s recommendations translate as:

“We should make some new laws. These laws should say that institutions (including schools) have a responsibility to protect their students from sexual abuse. Schools cannot outsource this responsibility to anyone else. And if a student is abused by anyone associated with the school, we will assume it was partly the school’s fault unless they prove it wasn’t.”

The Royal Commission also recommended that these new laws be applied prospectively, not retrospectively. In other words, the laws will only apply from now on, and won’t apply to any abuse that happened in the past.

Which States and Territories have Passed these Recommendations into Law?

However, as of 1 July 2019, only Victoria and New South Wales have actually implemented these recommendations as law. Queensland has introduced a Bill but it is yet to pass. Tasmania opened consultation on a draft Bill on 28 June 2019.

The relevant Victorian laws are contained in Part XIII of the Wrongs Act 1958 (Vic). Key features of the laws are:

The Civil Liability Act was also amended to make it clear that organisations are vicariously liable for child abuse committed by their employees, or people who exercise functions that are akin to employees, if the organisation placed the person in a role which gave the person the occasion to perpetrate child abuse and the person took advantage of that to abuse the child. This is in effect a re-statement of the common law that applies in Australia, as set out by the High Court in Prince Alfred College Inc v ADC [2016] HCS 37 at [81].

The Civil Liability and Other Legislation Amendment Bill 2018 (Qld) was introduced into the Queensland Parliament on 15 November 2018. Key features of the Bill are:

On 28 June 2019, the Tasmanian Department of Justice opened consultation on the Justice Legislation (Organisational Liability for Child Abuse) Amendment Bill 2019 (Tas). Key features of the draft Bill are substantially the same as the laws in New South Wales outlined above.

Although the terminology varies, all four sets of laws (Victoria, New South Wales, Queensland and Tasmania) include a ‘reverse onus of proof’ rule that works the same way. Firstly, the rule does not apply until it is activated. It is activated when a plaintiff in a civil case alleges that a school breached its duty of care to a child and proves that the child was abused by a person associated with the school while the child was under the school’s care.

Once the rule is activated, this means that a school is liable unless it can prove that it took “reasonable steps” or “reasonable precautions” to prevent the abuse. There are no black and white definitions of what these terms mean. However, all four sets of rules list some factors that a court may consider when determining whether an organisation took reasonable precautions, including:

The Queensland Bill expands on the last factor, empowering courts to consider whether the organisation placed the perpetrator in a position where they could gain power over the child, achieve intimacy with the child or gain the child’s trust. The Civil Liability Act includes similar factors in relation to the issue of vicarious liability in New South Wales and these have been emulated in the Tasmanian draft Bill.

“We are satisfied that institutions should be in a good position to prove the steps they took to prevent abuse. The institution generally should have better access to records and witnesses capable of giving evidence about the institution’s behaviour than plaintiffs are likely to have.”

“There are already many regulations to ensure best practice is implemented in the operation of institutions that operate facilities where children are in their care. The reverse onus of proof will simply require that they maintain adequate policies, procedures, codes of conduct and training and will now need to maintain comprehensive records to demonstrate that reasonable precautions were taken to prevent child abuse from occurring from time to time. Given that the Limitations Act 1969 (NSW) has also been amended to remove a time bar for claims involving child sexual abuse, records demonstrating policies and practices from time to time will now also need to be properly archived.”

What Does this Mean for Schools?

In the context of child sexual abuse, it’s hard for a potential defendant to discuss civil liability without coming across as soulless and self-serving. Any attempt by a school to seek to limit its civil liability and prioritise its own protection over that of its students rightly leaves most people feeling disgusted and appalled.

Fortunately, there is no reason such an appalling situation should ever arise. Schools don’t have to choose between self-protection and child protection. As long as a school puts child protection first, self-protection will automatically follow. A robust child protection program, that it is regularly reviewed and continuously improved, not only provides a record of the “reasonable precautions” a school has taken, it also achieves the much more important goal of preventing abuse in the first place.

As the Royal Commission said in the Redress and Civil Litigation Report (at 494):

Schools that take child protection seriously don’t need new legislation to tell them that they owe a duty to protect the children in their care. These school will already be going above and beyond “all reasonable precautions” to protect their students from abuse. As long as they document how they do this and maintain these records, for these schools, the new laws will likely have no practical effect at all. 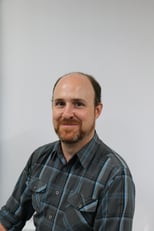 Mark is a Legal Research Consultant at CompliSpace. Mark has worked as a Legal Policy Officer for the Commonwealth Attorney-General’s Department and the NSW Department of Justice. He also spent three years as lead editor for the private sessions narratives team at the Royal Commission into Institutional Responses to Child Sexual Abuse. Mark holds a bachelor’s degree in Arts/Law from the Australian National University with First Class Honours in Law, a Graduate Diploma in Writing from UTS and a Graduate Certificate in Film Directing from the Australian Film Television and Radio School. 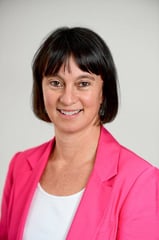