COVID-19 Return to School: Schools Under the Micro...

COVID-19 and the Risk of Leadership Change

How Many Experienced Principals Are Now Contemplating Early Retirement?

According to the Educator in their 2019 article, “How can we forge a brighter future for our Principals?” they quoted that 70 per cent of the (then) current 10,000 Australian principals would be eligible to retire in the next five years. School Governance reported on these alarming statistics in two previous articles.

At approximately the same time, The Age reported that Victorian government schools were facing a critical shortage of principals, with one third of state school heads set to reach retirement age in the next five years. They also reported that the number of principals retiring was a similar trend to the previous two years.

There simply cannot be any dispute that preparation for the educational, cultural and HR changes due to the COVID-19 pandemic and the current uncertainty over whether schools will have either a digital learning or a physical learning environment or both this term has resulted in a massive workload increase for school principals and leaders. Will more contemplate an earlier retirement date?

Carl J. Weingartner in his book Principal Mentoring: A Safe, Simple, and Supportive Approach wrote that according to the National Association of Elementary School Principals (USA), the “principalship in this country is in crisis”. He also noted that “within the next few years, more than half of the principals in the United States (and in many other countries around the world) will be able to retire and leave the school principalship [if they desire].”

In addition, the Australian Department of Education, Skills and Employment refers to the OECD Teaching and Learning International Survey (TALIS 2018), where it is clear that the aging demographic of principals is a worldwide phenomenon. Of course, there is an argument that there are people stepping up to replace the principals that are retiring. 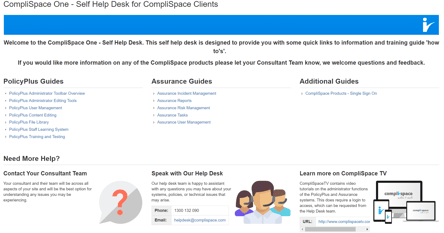 However, this is not necessarily the case. The Australian Financial Review, has noted that: “Australia is likely to run short of school headmasters with data showing students think ‘‘becoming a principal’’ is one of the least important motives for going into teaching.” In 2013, Berry, Bird and Weider in their book “Teacherpreneurs: Innovative Teachers Who Lead but Don't Leave”, surveyed teachers and found that nearly 25 percent of the respondents were interested in a hybrid role of teaching and some sort of leadership position, but that 84 percent of them were either “not very” or “not at all” interested in becoming a school principal.

What are the Risks Associated with Losing your Principal?

In 2018, Associate Professor Phillip Riley of the Australian Catholic University noted: "The demands of principals’ jobs are seriously out of balance with the diminishing support resources available to them. Increasing bureaucracy and government accountability has significantly eroded principals’ decision latitude to deal with their work demands, further increasing the strain. Primary occupational health and safety interventions are needed to relieve principals from some of their job demands and increase their job resources. However, principals’ increased need for systemic support and resources to deal with the challenges is occurring alongside severe cuts to education budgets and is potentially placing the future of our children’s education at risk."

In 2016 Michael Willis (Company Director- Effective Governance) wrote in School Governance “The Cost of Losing a Principal and How to Save your School the Pain”. He noted clearly that the imminent retirement of a long-standing principal is a very clear strategic risk for school boards. Boards need to plan for succession and they should have well thought out policies and procedures in place to mitigate this high level risk or they may then have a succession of new principals over a short period of time. This, in turn, could lead to a destabilising effect on the school’s reputation.

Willis noted the following risks that schools need to contemplate:

Indicators of reputation risk can be wide and varying, often coming from outside of the norm. So, we need to ask the question, “Would the early retirement of your principal impact on your school’s objective of having a positive reputation in the community and be held in high regard and esteem by your community?”

Large numbers of serving school leaders will be retiring over the next years and this is causing concerns about school leader shortages in a number of countries. School leadership is often perceived as an unattractive profession, for which fewer candidates are applying. Some countries report that teachers and middle managers show little interest in moving up to top school leadership positions due to negative images attached to the job, inadequate recruitment structures, high levels of responsibility and relatively low salaries. In order to make school leadership more successful in recruiting and retaining high quality candidates, strategic policy action is necessary. It should focus on professionalising recruitment and succession processes, aligning rewards and incentives with new responsibilities and designing career development opportunities for school leaders.

Some of the final recommendations from the 2018 Australian Principals Health and Well-being Survey Report for Schools are for governing bodies to:

Simply put, and as we have noted in previous School Governance articles, school governing bodies need to include the retention of a competent and valuable school principal as part of their strategic planning and directives.

During this time of uncertainty and much higher levels of workload and stress, school governing bodies must support and encourage their principals and school leaders, so they do not become overly stressed, discouraged and make the decision to leave the profession. They already have an incredibly stressful and difficult job and the COVID-19 pandemic has simply added more grist to the mill.