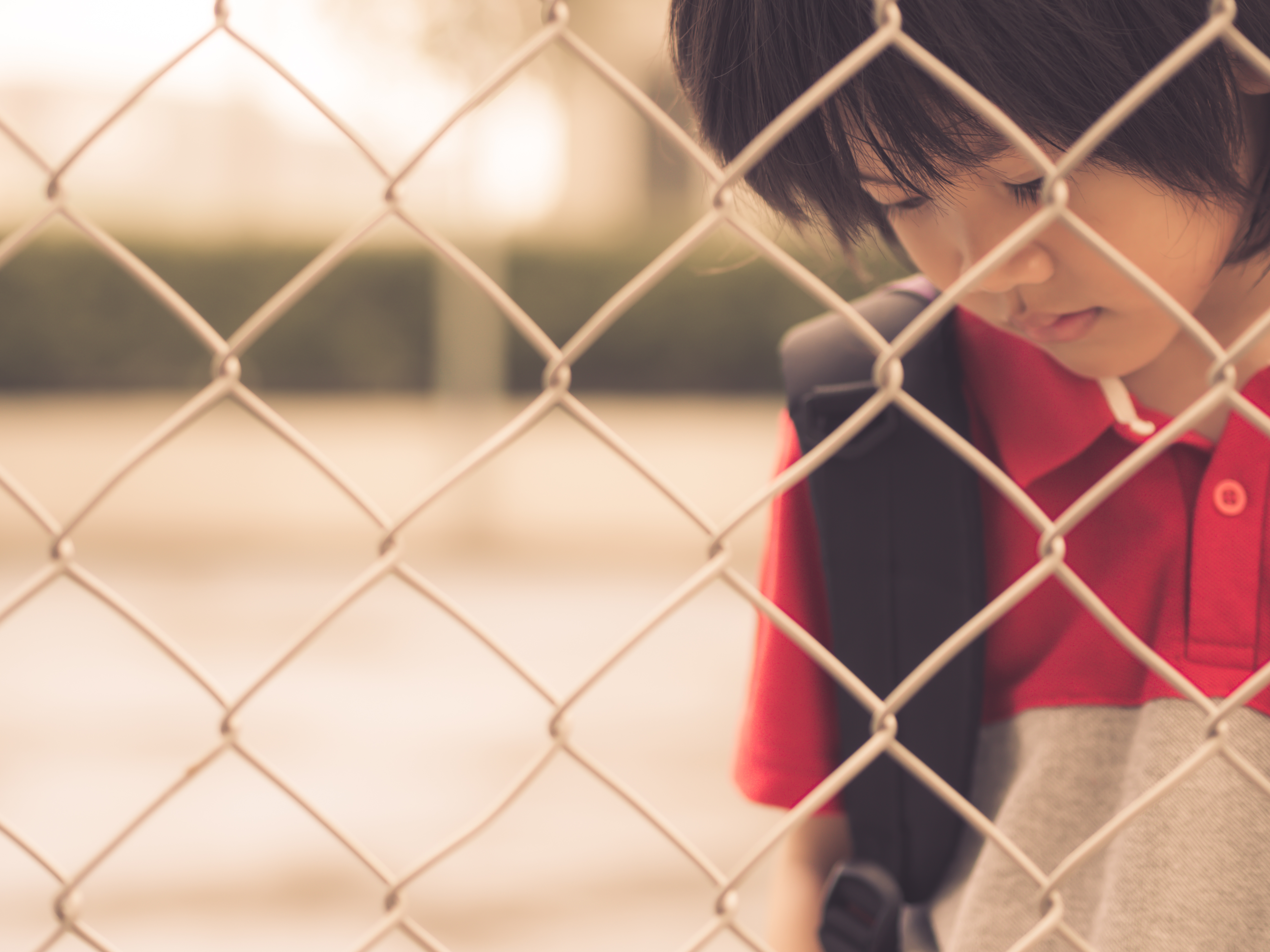 This is the second part of a two-part series exploring the responses from the states and territories to the Redress and Civil Litigation Report of the Royal Commission into Institutional Responses to Child Sexual Abuse, and the current legislative developments reinforcing the Royal Commission's recommendations. Part One addressed limitation periods generally and the proposed reforms by the Northern Territory in relation to institutional liability and a non-delegable reverse onus duty of care. Part Two addresses specific legislation from South Australia and the Australian Capital Territory to implement removal of limitation periods and institutional liability respectively.

New acts in the Australian Capital Territory and South Australia, a new consultation paper in the Northern Territory and the upcoming assent of state and territory acts enabling the federal National Redress Scheme highlight a growing trend to remove limitation periods for child sexual abuse claims and reinforce institutional liability for any resulting claims in response to the initial consultation paper of the Royal Commission into Institutional Responses to Child Sexual Abuse (Royal Commission), the Redress and Civil Litigation Report (Report).  The two acts in South Australia and the Australian Capital Territory which are part of this trend form a key part of this state and territory's responses to the recommendations from the Report.

Reminder: Redress and Civil Litigation Report of the Royal Commission

The Royal Commission made 99 recommendations regarding options for redress in the Report which was released on 14 September 2015. Recommendations 85-99 of the Report proposed reforms to limitation periods (85-88), the duties and liability of institutions (89-93), the identification of defendants (94), insurance (95) and model litigant principles (96-99). As a reminder, the following jurisdictions have introduced legislation in relation to the removal of legislation periods and civil liability of defendants:

As can be seen from the table above, SA has recently become the last state to remove the limitation period for child abuse compensation and the ACT has enabled the proper identification of a defendant through its new legislation.

On 27 September 2018, the Limitation of Actions (Child Sexual Abuse) Amendment Act 2018 (SA) (SA Act) received assent. The SA Act inserts Part 1A in the Limitation of Actions Act 1936 (SA) titled "Actions for child sexual abuse", and removes the limitation periods for all child sexual abuse actions, both retrospectively and prospectively. Currently, victims of abuse have until their 21st birthday to seek compensation through the courts, but this time limit will now be removed for all forms of sexual, physical and mental abuse. Initially the SA Government had proposed removing the time limits for victims of sexual abuse only, but it later agreed to opposition amendments to broaden the scope. The SA Act also contains amendments suggested by the Opposition that broaden the scope to apply to all institutions (instead of the previous application to just government and non-government institutions).

This is the third time this SA Act, or a version of it, has been put before the SA Parliament.

The SA Act contains transitional provisions to clarify its application in cases where a limitation period in relation to the cause of action has expired prior to the commencement of the Act. In particular, Schedule 1 of the SA Act provides that section 3A applies to an action or a cause of action that accrued before or after the day on which section 3A comes into operation, including where the cause of action was statute barred prior to section 3A coming into operation. As identified by the Royal Commission, it is critical that survivors have the opportunity to come forward once they have reached adulthood and seek some redress where appropriate. Although the SA government, having signed up to the National Redress Scheme, is providing an option for many survivors to seek redress through access to that Scheme, by now removing the limitation of actions period, it is also providing an option for survivors who may have experienced abuse outside of an institutional context to seek redress and compensation through the courts due to the amendments in the SA Act.

On 27 September 2018, the Civil Law (Wrongs) (Child Abuse Claims Against Unincorporated Bodies) Amendment Act 2018 (ACT Act) received assent. The ACT Act introduces new Chapter 8A to the Civil Law (Wrongs) Act 2002 (ACT), which provides a legal basis for commencing an action against institutions in the name of their current office holders for historical child sexual abuse. These provisions are required to overcome the difficulties that a victim may face in identifying a proper defendant, particularly those arising out of the lack of perpetual succession in unincorporated institutions as identified in the New South Wales Court of Appeal decision of Trustees of the Roman Catholic Church, The Archdiocese of Sydney v Ellis (2007) 70 NSWLR 565.

This case resulted in the “Ellis defence", where Church assets could not be subject to orders for compensation for child abuse crimes endured within the Church, because Church trustees could not be held to account for the crimes of individuals. Victoria has since legislated directly against this legal defence as mentioned in our previous article. The ACT Act has been specifically drafted to exclude elements of the Ellis defence as the Royal Commission has highlighted that these kinds of legal defences create impediments to accessing justice for survivors of child sexual abuse.

The ACT Act also provides that the court can appoint a proper defendant if an institution is unwilling to voluntarily do so, and that trustees must apply trust property to meet liability for child abuse. This provides greater certainty for survivors by avoiding or reducing the possibility that the claim may succeed in establishing liability but not receive any financial benefit because the defendant is unincorporated.

Interestingly, the various civil liability and/or limitations of actions legislation in Australia take different approaches when it comes to addressing how to define a form of abuse. The SA Act stays silent on defining "child sexual abuse" while the ACT Act defines "institutional child abuse" as a new term as opposed to the general term of "child abuse" defined by the Children and Young People Act 2008 (ACT).

The Limitation Amendment (Child Abuse) Act 2017 (NT) also leaves the definition of “sexual abuse, serious physical abuse and psychological abuse arising out of a sexual act or serious physical abuse” undefined as the NT Government believes that this is a matter for the court to determine. In contrast, the Legal Identity of Defendants (Organisational Child Abuse) Act 2018 (Vic) adopts a definition of ”child abuse” which is different to the definition of that term in other Victorian legislation, such as the Child Wellbeing and Safety Act 2005 (Vic). In New South Wales, the Civil Liability Amendment (Institutional Child Abuse) Act 2017 (NSW) introduces definitions of ”abuse” and ”physical abuse” which are terms that have not been defined by any other child protection legislation in that state.

Each state and territory is adopting its own approach in terms of describing the conduct which is subject to its civil liability legislation in this area.  Either they add to the complexity of existing legislative definitions by adding a new definition (Vic, ACT), stay silent on the meaning (WA, NT, SA) or introduce a whole new approach (NSW).

The legislative amendments in the SA Act and the ACT Act provide the last pieces of a national framework aimed at supporting survivors of institutional child sexual abuse to make claims through removing limitation periods and adding to the duties and liabilities of institutions. Schools should be aware of any current or proposed legislation in their state or territory, especially if they are aware of any current cases of historical child sexual abuse which may be affected by any proposed legislation.