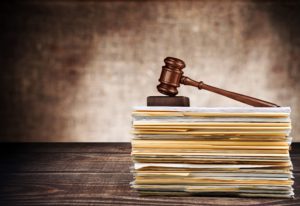 Recently, the Civil Liability Legislation Amendment (Child Sexual Abuse Actions) Bill 2017 (the Bill) was debated as an urgent bill in the Western Australian Parliament. The Bill follows the trend already shown in NSW, Victoria, QLD and NT which have updated their statutory limitation periods for child sexual abuse claims as a result of the recommendations of the Royal Commission into Institutional Responses to Child Sexual Abuse (The Royal Commission). The Bill also introduces a new Part in the Civil Liability Act 2002 (WA) which, if passed, would make institutions and current office holders liable for child sexual abuse.

Redress and Civil Litigation Report of the Royal Commission

The Bill, according to the Explanatory Memorandum, is the first step taken by WA to respond to the recommendations made by the Royal Commission in its Redress and Civil Litigation Report (the Report) delivered on 14 September 2015 and discussed in our previous article.

In particular, the Report recommends that states and territories introduce a non-delegable duty to make institutions liable for institutional child sexual abuse by any person associated with the institution.

The Bill represents the WA Parliament's decision to follow a significant trend around Australia of governments responding to the Royal Commission's recommendations for removing limitation periods for child sexual abuse claims and reinforcing institutional liability. This trend was established by the following pieces of legislation introduced by other states and territories:

Provisions contained in the Bill

The Bill introduces a new Part 2A to the Civil Liability Act 2002 (WA), titled "Child Sexual Abuse Actions", which provides a legal basis for commencing an action against institutions in the name of their current office holders for historical child sexual abuse. These provisions are required to overcome the difficulties that a victim may face in identifying a proper defendant, particularly those arising out of the lack of perpetual succession in unincorporated institutions as identified in the New South Wales Court of Appeal decision of Trustees of the Roman Catholic Church, The Archdiocese of Sydney v Ellis (2007) 70 NSWLR 565.

This case resulted in the "Ellis" defence, where church assets could not be subject to orders for compensation for child abuse crimes endured within the church, because church trustees could not be held to account for the crimes of individuals. Victoria has since legislated directly against this legal defence with the Legal Identity of Defendants (Organisational Child Abuse) Bill 2018, as mentioned in our previous article. The WA Bill has been specifically drafted to also exclude elements of the Ellis defence. The Royal Commission has highlighted that these kinds of legal defences create impediments to accessing justice for survivors of child sexual abuse.

The final amendments in the Bill will amend the Limitation Act 2005 (WA) by adding new s 6A titled "Special provisions for child sexual abuse actions: no limitation period". The new section removes limitation periods for all child sexual abuse actions, both retrospectively and prospectively. However, within the section, the term "sexual abuse" remains undefined. As indicated in the Explanatory Memorandum, this is due to the face that the courts will have latitude to determine the application of the term in accordance with the ordinary meaning and common understanding of the term - in the case of WA, this is defined to include the circumstances as outlined in the Children and Community Services Act 2004 (WA).

Interestingly, the various civil liability and/or limitations of actions legislation in Australia take different approaches when it comes to addressing how to define a form of abuse.  WA has avoided inserting a new definition of ''sexual abuse'' for the purposes of the liability scheme. The Limitation Amendment (Child Abuse) Act 2017 (NT), in its insertion of s 5A into the Limitation Act, also leaves the definition of "sexual abuse, serious physical abuse and psychological abuse arising out of a sexual act or serious physical abuse" undefined as they too believe that this is a matter for the court to determine.

In contrast, the Legal Identity of Defendants (Organisational Child Abuse) Bill 2018 (Vic) adopts a definition of ''child abuse'' which is different to the definition of that term in other Victorian legislation, such as the Child Wellbeing and Safety Act 2005.  And in NSW, the Civil Liability Amendment (Institutional Child Abuse) Bill 2017 introduces definitions of ''abuse'' and ''physical abuse'' which are terms that have not been defined by any other child protection legislation in that state.

What does this mean?  Each state and territory is adopting its own approach in terms of describing the conduct which is subject to their civil liability legislation.  Either they add to the complexity of existing legislative definitions by adding a new definition (Vic), stay silent on meaning (WA, NT) or introduce a whole new approach (NSW).

These amendments in the WA Bill implement recommendations 85-86 and 88 of the Royal Commission's Report. Without the removal of these timeframes, the Royal Commission found that survivors, who typically do not report their abuse for long periods after the limitation period has expired, would be unable to have their claims of child sexual abuse determined by a court.  In light of this legislative reform trend around the nation, schools should be aware of the impact of both the current and proposed Commonwealth, NSW, VIC, NT and QLD civil liability schemes, as well as the current proposed WA scheme, for redress for institutional child abuse, particularly if they are aware of any current cases of historical child sexual abuse and any current guidelines regarding compensation for child sexual abuse from their governing institutions.

It will be interesting to see if this national trend continues, and what impact this will have on the effectiveness of the proposed Federal redress scheme in the future.