ACT Enacts New Grooming Offences: What do They Mean for Schools? 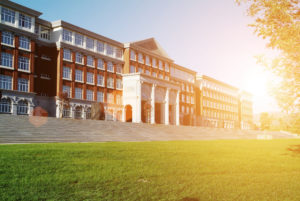 As one of its first legislative acts for 2018, the ACT Government has passed substantial amendments to its child protection legislation. On top of being one of the only jurisdictions to respond to the Royal Commission into Institutional Responses to Child Sexual Abuse (Royal Commission) with regulatory change, our nation’s capital has now expanded its limited grooming offence and introduced new sexual offences through the Crimes Legislation Amendment Bill (No 2) 2017 (the Bill).

As discussed in a previous edition of School Governance, the Bill was part of a flurry of regulatory activity which took place in November 2017, with various changes to the ACT’s child protection system proposed and introduced, including additional requirements under the reportable conduct scheme and an updated guide for reporting child abuse and neglect.

The Bill was notified on 1 March 2018, with all of the new and expanded offences commencing from the following day on 2 March.

This is not the first time that the ACT has given very little notice of new child protection laws commencing. The Reportable Conduct and Information Sharing Legislation Amendment Bill 2017, which required certain designated entities (including schools) to have practices and procedures in place to deal with reportable conduct, was notified on 12 December 2017, and commenced the following day.

Before We Look at the Law...

Before discussing the changes affected by the Bill it is worth keeping in mind why criminal law offences involving the abuse of children continue to evolve. Incidents of child grooming and breaches of the teacher-student relationship are not unique to schools in the ACT of Australia. For example, in the UK, there has been a significant increase in allegations of teachers grooming students.

Changing the law is one way to respond to increases in such conduct and also, to changes in technology which can allow people to engage with children. Although recognising new offences in criminal legislation cannot prevent the offensive conduct occurring, a key aim of criminal law is to deter persons from committing illegal conduct through imposing harsh punishments - including imprisonment. One of the offences discussed in this article carries a  maximum imprisonment of 25 years. Hopefully, the ACT's new laws will deter potential offenders from engaging in illegal conduct.

Section 66 of the Crimes Act 1900 (Crimes Act) has been substantially amended to create an expanded offence of grooming and depraving young people.

The previous offence, which only applied to conduct occurring electronically, has been substantially broadened. It now covers conduct in person or 'by any other means' which, without reasonable excuse, encourages a young person to ‘commit or take part in, or watch someone else committing or taking part in, an act of a sexual nature’. As there is no definition for 'without reasonable excuse', the onus would be on the accused to establish that they had an excuse for the conduct that is judged to be reasonable in the circumstances.

The Explanatory Statement for the Bill suggests that the amendment is designed to capture the broader circumstances where an adult seeks to build a relationship of trust with a child with intent to sexualise that relationship at some point in time. The word 'suggest' in the current offence has been replaced with 'encourage', a broader term to more clearly describe the conduct covered. Encouragement with no resulting sexual conduct will still be an offence, and the offence also applies regardless of whether the accused intends for the sexual activity to occur.

The lack of a criminal element of intent has drawn criticism from the ACT Bar Association, which has stated that the new offence could capture some “benign” activity such as sex education classes and providing contraception.

One glaring oversight from the amendment is that it still does not provide a definition for 'grooming', a flaw shared with the previous version of this provision. The word 'grooming' is only used in the title of section 55; taken literally, this means that grooming and depraving young people are indistinguishable for criminal law purposes (despite clearly being different concepts!).

The maximum penalty for committing an offence under section 55 is:

Under the previous version of the legislation, the maximum penalty was:

The Bill has also created two new grooming offences under section 55, which prohibit:

While these two new offences focus on conduct rather than communication, they are substantially similar to the current Victorian grooming offence under section 49M of the Crimes Act 1958 (Vic), suggesting that the ACT has been influenced by Victorian child protection legislation in its reforms.

Substituted Offence of Maintaining a Sexual Relationship with a Young Person

The Bill has also substituted section 56 of the Crimes Act, inserting a revised provision that aligns with the Model Provision recommended by the Royal Commission.

Under the original legislation, the offence affected a person who ''maintained a sexual relationship with a young person'' if they have engaged in a sexual act with the young person on three or more occasions.

It is now an offence in the ACT for an adult to "maintain a sexual relationship with a young person or a person under the special care of an adult". An adult is considered to be ‘maintaining a sexual relationship’ if they engage in a sexual act with a young person or a person under their "special care" on two or more occasions over any period. A sexual act means any established or historical sexual offences under Part 3 of the Crimes Act, or an attempt to commit an act that constitutes an offence against this Part.

The definition of 'special care' has also been broadened to include all instances where there is a power imbalance between a young person and an adult, such that any 'consent' in the context of these relationships is not adequate to establish that sexual acts were free and voluntary. The definition includes all types of relationships used in the previous definition in section 61A (Act of indecency with young person under special care), including where the person is not yet an adult and the adult is:

There are also a number of new categories of a relationship of special care, which are when the adult:

What do the New Laws Mean for Schools?

As discussed in our previous article, a core step for a school in understanding the extent of their evolving child protection obligations is undertaking a gap analysis of their policies and procedures against the specific wording of the new legislative requirements.

The ACT Ombudsman has explained in its guidance material that grooming behaviours are a form of reportable conduct which schools are required to report on. Section 56 is clearly designed to capture various 'special care' relationships that exist in a school.

Schools must ensure that their practices and procedures for preventing reportable conduct address when certain conduct may be a criminal offence under the Crimes Act. This includes updating their child safety code of conduct and professional boundaries policies to ensure that all school staff are aware of and understand the scope of the new laws.