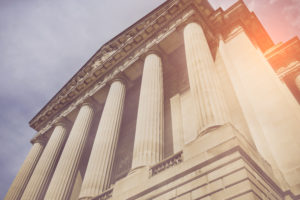 In December 2017, the NSW Court of Criminal Appeal ruled that a high school teacher who had sex with a 17-year-old student on multiple occasions had not committed a criminal offence due to a bizarre loophole in the NSW Crimes Act 1900 (the Act).

In the wake of this controversial ruling, the NSW Government is taking action to close that loophole.  This article is a summary of the findings of the Court which are a reminder to schools of how common law interpretations of legislation can dramatically affect the meaning of the legislation.

The NSW Criminal Court of Appeal (the Court), in the first case of its kind in Australia, upheld a decision of the NSW Supreme Court that the teacher in question – identified in Court as PJ – was not guilty of the three counts of having sex with a person between 17 and 18 years of age under his “special care”.

The Court accepted this argument and the teacher was found not guilty.

The Law and Its Loophole

Under section 73 of the Act, it’s a crime to have sexual intercourse with a child aged between 16 and 18 who is under that person’s “special care”. The offence is punishable by up to four years’ imprisonment.

The Act provides circumstances in which a child would be under the special care of a person, including where the offender is a school teacher and the victim is a pupil of the offender. However, “special care” is a tricky concept to definitively measure – as can be seen from the recent court case and the identification of a dangerous loophole in the law.

The loophole in the NSW legislation is a result of the Court limiting the meaning of “special care” in a school setting to only a teacher-pupil relationship.  This allowed the defendant to successfully argue that because he wasn’t teaching the student at the time of the sexual relationship there was no special care relationship.

The prosecution didn’t bring any charge of grooming, however in the appeal case made an argument that because the personal relationship between the pair has arisen out of the defendant’s role as her teacher two years earlier, even if she was not in his class at the time “it continued to bring the complainant under this special care”. This argument was rejected by the judge who ruled in favour of the defendant.

The case at hand was about the criminal offence of sexual intercourse with child between 16 and 18 under special care, not about whether or not grooming occurred.

The black and white nature of this criminal offence meant that, plainly, if the student wasn’t in his class at the time the sexual intercourse occurred, there was no offence committed under section 73 of the Act.

How is the loophole being fixed?

When the decision was handed down in December, NSW Attorney-General Mark Speakman commented that he was “considering proposals for legislative change to better protect students at school”.

Last week, Mr Speakman announced amendments to be made to the Act to fix the loophole. The Justice Legislation Amendment Bill 2018 was introduced on 7 February 2018 and amends the troublesome section of the Act removing the text referring specifically to a teacher-pupil relationship.

In its place, the following definition of special care in a school setting is proposed: “where the offender is a member of the teaching staff of the school at which the victim is a student”.

“A member of teaching staff” includes:

This means that all teachers, staff or contractors who care for, or have a form of authority over students, irrespective of their relationship with a specific student, will be taken to have a relationship of “special care” with each student at the school.

Providing Religious, Sporting, Musical or Other Instruction to Students

What does Your School need to do?

When changes to the legislation are finalised, your school will need to: