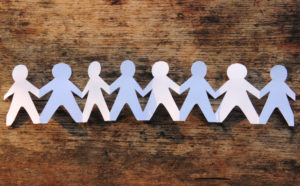 Furthermore, submissions and public hearings exposed that detainees were subjected to regular mistreatment, including verbal abuse, humiliation, and physical/racial abuse. In particular, isolation was found to be used punitively, with children in high-security often kept in confined spaces “in a wholly inappropriate, oppressive, prison-like environment.”

In addition, the NT Royal Commission concluded that children in youth detention were denied their basic needs, with officers at times withholding water, food and the use of toilets. Some officers dared detainees or offered bribes to them to carry out degrading/humiliation acts or commit physical violence to each other.

Particular concerns were highlighted with respect to female detainees, who did not receive equivalent access to personal hygiene facilities, were treated unequally in access to recreational facilities and at times were subject to forms of sexual abuse and harassment.

Together, this was indicative of systemic failure to comply with human rights standards and safeguards such as the Convention on the Rights of the Child, the International Covenant on Civil and Political Rights and the United Nations Rules for the Protection of Juveniles Deprived of their Liberty.

Some of the most significant recommendations made were:

Child protection in the Territory

While the central focus of the NT Royal Commission’s recommendations was on youth detention, substantial reform has been proposed to the Territory’s child protection system, with the current system considered to be unsustainable and ineffective in lowering the exposure of children to harm.

However, the NT Royal Commission noted that these problems are not new, with many of the recent findings echoing conclusions made by the Inquiry into the Child Protection System in the Northern Territory more than 7 years ago.

The NT Royal Commission found that the Territory had failed to take up the opportunity to address child abuse and neglect through effective prevention and treatment efforts. This had resulted in a growing number of reports of children at risk, and continued deterioration of the lives of those coming into contact with the system. Hence it was recommended that Territory Families develop mandatory reporting guidelines for professional and community notifiers and assist these notifiers with meeting their reporting obligation under the Care and Protection of Children Act (NT).

To change the NT’s approach to child protection, the NT Royal Commission proposed that a 10-year Generational Strategy for Children and Families by developed, led by the Chief Minister. This Strategy would set a framework for the prevention of harm to children, and oversee the development and delivery of services for children and families. A key part of this Strategy would be developing policies, programs and services to target high-risk groups and prevalent risk factors which lead to involvement in the child protection system.

The NT Royal Commission also proposed that the Children’s Commissioner Act (NT) be repealed, with new legislation passed to establish a Commission for Children and Young People which will have clear jurisdiction for children and young people in the NT. Other recommendations called for improved information improved child protection oversight, including more prominent and practical complaints management, data and information sharing, and effective record keeping.

What does this report means for schools?